my life is my art, my art is my life 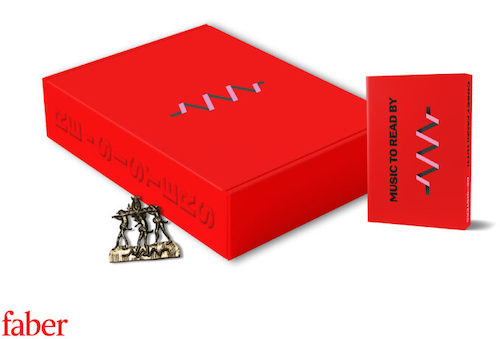 Following on from the success of Art Sex Music, Cosey Fanni Tutti has announced a new book due later this year

Myself , Delia and Margery - a trinity of the sacred and profane , sinners and saints of a kind. Three defiant women with our individual, unconventional attitude to life. Untameable spirits, progressive thinkers living within the inherent societal constraints of our times.

In 2018 Cosey Fanni Tutti received a commission to write the soundtrack to a film about Delia Derbyshire, the pioneering electronic composer who influenced the likes of Aphex Twin and the Chemical Brothers. While researching Delia's life, Cosey became immersed in Derbyshire's story and uncovered some fascinating parallels with her own life. At the same time Cosey began reading about Margery Kempe, the 15th century mystic visionary who wrote the first English language autobiography.

Re-sisters is the story of three women consumed by their passion for life, a passion they expressed through music, art and lifestyle; they were undaunted by the consequences they faced in pursuit of enriching their lives, and fiercely challenged the societal and cultural norms of their time.
The book, available in paperback, hardback and limited special edition, can be pre-ordered now.
Published by Faber on 18 August, the book will be a "vital meditation on womanhood, creativity and self-expression, and a revelatory exploration into the lives of three visionary artists".

Published by Faber on 18th August the book will be available in paperback, hardback and limited special edition and can be pre-ordered now

Cosey Fanni Tutti will be discussing Re-sisters at a number of live in-conversation events throughout the year.

The first date is the 17th August at the I.C.A in London Tickets On Sale Now

The second is the 25th August at Monorail in Glasgow - tickets will be released soon via the Monorail website www.monorailmusic.com 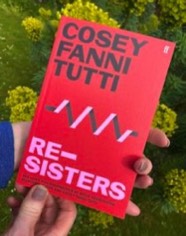 The proofs are in…

Re-sisters: The Lives and Recordings of Delia Derbyshire, Margery Kempe and Cosey Fanni Tutti.
The story of three women consumed by their passion for life - a trinity of the sacred and profane, sinners and saints of a kind.

Follow Cosey on Twitter for news and updates on this riveting, brain-expanding and inspirational new book to be published by Faber on the 18th August.
ART, SEX, MUSIC - THE FILM
biopic currently in development... casting now.

backed by the BFI with #NationalLottery

OTHER, LIKE ME
The Oral History Of Coum & Throbbing Gristle
Next Screenings...
GRAUZON EFESTIVAL, Netherlands, June 2022
HOME, Manchester, July 23rd 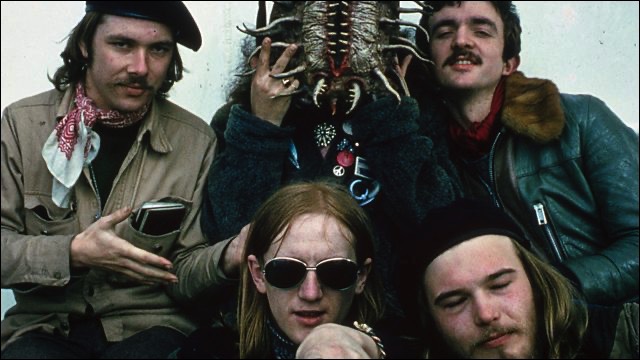 'OTHER, LIKE ME' The Oral History Of Coum & Throbbing Gristle
The British industrial town Hull could hardly have a more appropriate name. It is a fitting place for a nihilistic avant-garde collective, which at the end of the 1970s aggressively confronted every conceivable taboo: sex, pornography, violence and self-mutilation. But COUM Transmissions was only the beginning. Led by the artists Genesis P-Orridge and Cosey Fanni Tutti., COUM became the visionary and utterly unruly industrial/noise band Throbbing Gristle, which was named 'the wreckers of civilisation' by a shocked conservative politician. The many rare archive clips speak for themselves.
Title: OTHER, LIKE ME - Director(s): Marcus Werner Hed, Dan Fox - Producer: Marcus Werner Hed - UK/USA - Run time, 59 min (TV) and 85 min (Cinema)

An extended Theatrical edit will be screened at selected cinemas during 2022.

'OTHER, LIKE ME'
is no longer available on BBC iPlayer 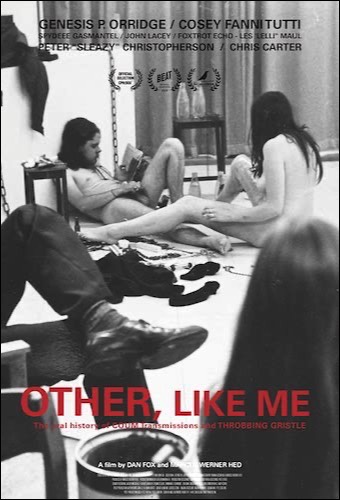 Marcus Werner Hed and Dan Fox on their Documentary 'OTHER, LIKE ME' The Oral History Of Coum & Throbbing Gristle
filmmakermagazine.com

We are sad to announce that Cosey Fanni Tutti has cancelled her performance and Q&A at Deliaphonic due to illness. In 50 years of performing, this is only the second time she has had to pull out of an event. We wish her a very speedy recovery. We are in the process of confirming a new line-up to the programme, which will be announced in the next few days.
coventry2021.co.uk/what-s-on/deliaphonic


“With a heavy heart I’ve had to make a terribly difficult decision.
Due to illness I have to cancel my live performance and Q&A at Deliaphonic in Coventry Cathedral.
I’m so very sorry to disappoint all who were looking forward to seeing me and upset I can’t be part of such a special event.
Cosey Fanni Tutti”